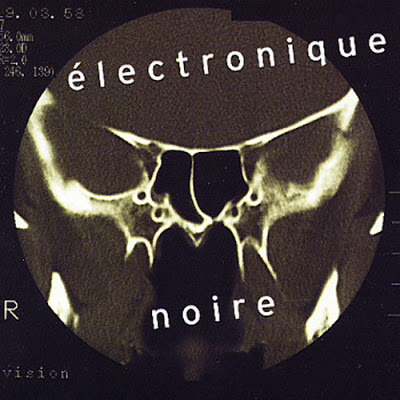 Scandinavia is definitely a place which sends new impulses in jazz. After trumpeter Nils Petter Molvaer’s KHMER in 1997, which presented a fresh combination of ECM jazz, ambient, and electronica, here’s ELECTRONIQUE NOIRE by guitarist Eivind Aarset, who was on of the musicians on KHMER. Again, we’re exposed to such a mixture, but this time, the stew is spiced up by more different ingredients: programmed beats combine with the live drumming of Anders Engen and Kim Ofstad, creating a whole new drum’n’bass experience; there are hints of techno and rock, and the styles of jazz and ambient are to a large extent covered in several shades by Aarset’s guitars, alternately — according to the liner notes — straight, treated, e-bowed, looped, ugly and pretty, and many of his guitar tracks are heavily processed or „pretty dissonant“ to start with. Guests include Molvaer and Bugge Wesseltoft, another important figure in this new jazz movement. As the title of the album suggests, most of the tracks delve into an eerie, haunting mood and are quite dark, particularly the creepy „Dark Moisture“ and „Spooky Danish Waltz,“ which is just that — invoking pictures of ghosts dancing a waltz. „Wake-Up Call“ is very rockish, with some killer guitar soloing, while „Entrance/U-Bahn“ (which is based on a live recording) presents the most successful mix of underground electronica and jazz. The more ambient pieces on the CD, like the title track or „Namib,“ are less captivating and, surprisingly, more ethereal and less sinister than the high-energy tracks, but they’re still interesting enough and add a nice peaceful feel to a disc which shows up more new directions for jazz to follow. While ELECTRONIQUE NOIRE is not as accessible as KHMER, it certainly is just as recommendable, and it makes one curious about what Aarset’s future recordings will sound like.