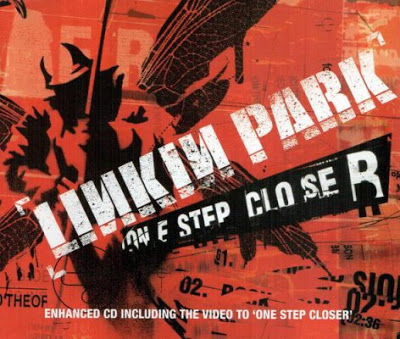 What distinguishes Linkin Park from other nu-metal bands is that which causes the biggest controversy about them: While they have all the typical ingredients of the genre (angst-ridden lyrics, heavy riffs and sly grooves, rapping, scratching, etc.), they add a heavy dose of mainstream pop appeal to their music; a slick production and a knack for catchy melodies make them much less dangerous and aggressive than many of their colleagues. „One Step Closer“ is the perfect example of their approach, even though the track is not significantly catchier or radio-friendlier than most of the other songs from their album HYBRID THEORY: It’s a well-crafted pop song which stays in your head, even though it does not create a lot of friction. The CD single features two studio tracks which were not included on the original album, and they are even more pop than the aforementioned song: The mellow ballad „My December“ does not even have a distorted guitar, but instead an introspective piano line can be heard. „High Voltage“ is not quite as quiet, but shows still more restraint than anything on HYBRID THEORY. Both tracks are nice additions, especially the latter song with its orchestral feel. Still, people who disdain Linkin Park for their shamelessly commercial approach will find even more to dislike about them here. As a bonus, the „One Step Closer“ video clip is included on the CD single, a funny, martial arts-inspired fantasy directed by Gregory Dark. The quality of the clip could have been better, though.