TALKING PICTURES is an interview series in which I talk to the people behind some of my favorite movies. From cult movie directors to character actors, from seasoned veterans to brilliant newcomers, from celebrated artists to filmmakers who haven’t received the recognition they deserve – these folks have made some great movies and have lots of fascinating stories to tell.

Today’s guest is screenwriter John Orloff, the screenwriter of Roland Emmerich’s ANONYMOUS – a complex and fascinating historical drama about the theory that William Shakespeare may not be the author of the works of William Shakespeare. Instead, the movie claims that the Earl of Oxford, Edward de Vere, wrote famous plays like HAMLET and ROMEO AND JULIET, and that through complex political scheming he wasn’t able to receive credit for them, but instead a hapless young actor, William Shakespeare, served as a front for him. 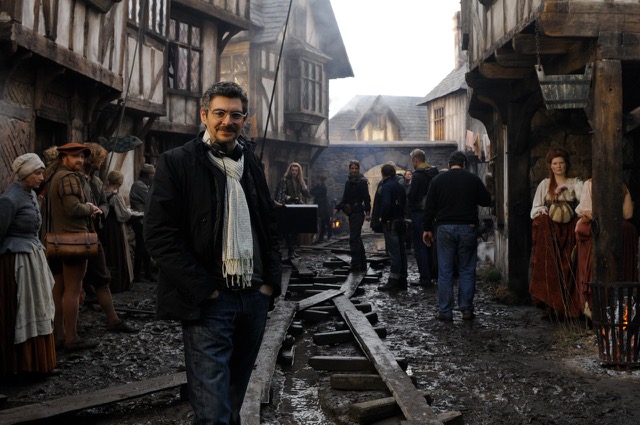 In our interview, John discusses the long process of developing the script, which began with a completely different take on Shakespeare. He talks about his collaboration with Roland Emmerich, which added many new elements to the story, and about the intricate structure of the film, which Orloff himself says may be a little bit too complicated. He discusses the angry reactions and reviews the movie received, and he talks about why he believes that Shakespeare isn’t the author of the plays – and why discussing the authorship issue is a worthwhile debate.

John also discusses some of the other projects he’s worked on, like the BAND OF BROTHERS miniseries which was produced by Tom Hanks and Steven Spielberg, and he talks about some of the guiding themes of his work. 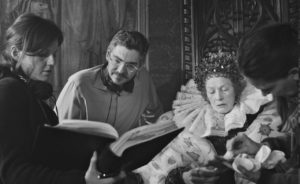 The mp3 file can be downloaded HERE.
The Talking Pictures podcast can be found on iTunes: HERE.

All photos (C) John Orloff.
Special thanks to Dr. Wily, my Lichtspielplatz podcasting partner for audio editing. The music was created by Clark Kent.